The origin of the modern Indian theatre movement can be traced to the building of the Calcutta Theatre in 1779, which had Warren Hastings as one of its patrons. The first play was staged by a Russian dramatist, Horasim Lebedev along with a Bengali theatre lover Goloknath Das, on 7th November, 1795. It was a Bengali translation of two English comedies, ‘Disguise’ and ‘Love is the best doctor’ in Calcutta. Despite the success of this effort, no further progress was made in the theatre movement for the next 40-50 years. 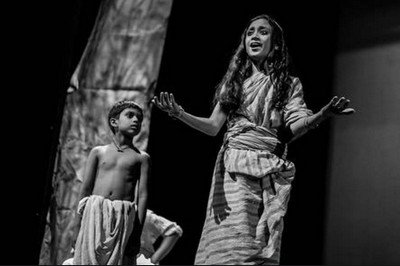 The city of Kolkata came under the British influence being the capital of India (till 1911). By the mid-19th century, the rich, young Bengalis of Kolkata started writing plays based on British naturalistic models, interweaving them with Indian music and songs. Rabrindranth Tagore’s two plays, ‘Raktakurabi’ (‘Red Oleanders’) and ‘Raja’ (‘The King of the Dark Chamber’) were part of this early effort. The works of William Shakespeare were also widely translated and adapted in the Bengali theatre. By the last quarter of the 19th century, public theatres were established and managed by Indian artists. These were designed to appeal to the Indian urban tastes. Thus, modern Indian theatre was formed.

Dwarkanath Tagore and Jyotirindranath Tagore were responsible for building and running a private theatre called the ‘Jorasanko Theatre’. The Bengali theatre assimilated the Western ideas through the efforts of playwrights like Madhusudan Dutt and Jyotirindranath Tagore, who adapted freely from the Greek, English and French sources. ‘Belgachia Natyashala’, built in 1858, became the centre of theatrical activity in Calcutta and produced great plays like Ram Narayan Tarkaratna’s ‘Ratnabali’ and Madhusudhan Dutt’s ‘Sarmistha’. In 1872, Girishchandra Ghosh organised a National Theatre, which along with other similar societies, staged adaptations from the Indian and English classical sources as well as historical and social plays. The period 1830-1872 can be rightly termed as the age of amateur theatricals of Bengal. 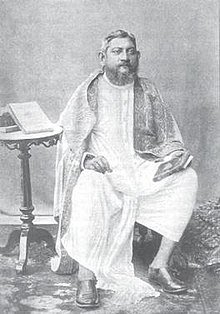 The Bengali theatre soon became a strong medium of expression on social, political and contemporary issues of relevance to the common Indian. Several plays were produced that criticized the social evils prevalent in the society. These included ‘Naba Natak’ and ‘Kulinakulasarbasa’, which opposed polygamy and ‘Nildarpan’ (1875), which criticized white planters for their exploitation of the local farmers. It was with the performances of such plays that the British government realised the full potential of theatre and perceived it as a potential threat to the British Empire, if left unchecked. This prompted the British government to promulgate the Dramatic Performances Control Act of 1876, which began the practice of censorship of the arts.

Girish Chandra Ghosh, one of the first great men of Bengali theatre, wrote a series of historical plays like Siraj-ud-daula and Mir Kasim on the theme of British oppression, using historical figures and situations to convey a contemporary message. Siraj-ud-daula was banned. Many other plays like Chakar Darpan (Mirror to Tea) and Gaikwar Darpan (Mirror to the Gaikwar) focussed on various injustices faced by Indians at the hands of the British. D.L.Roy in his plays pointing out the exploitation inherent in the caste system and feudal structure in India.

With the founding of the Indian People’s Theatre Association (IPTA), theatre became even closer to the people by focussing on contemporary political and social issues of concern to them. Theatre continued to flourish in Bengal as a result of the dedicated efforts of Girish Chandra Ghosh, D.L.Roy, Rabindranath Tagore, Bijon Bhattacharya, Utpal Dutt, Shambhu Mitra, Balraj Sahani, Habib Tanvir and several others. Utpal Dutt founded the ‘Little Theatre Group’ through which he communicated his thoughts and views to the audience. Shambhu Mitra also added depth and quality to the Bengali theatre by opening his theatre group known as ‘Bahuroopi’. He directed several productions like Rabindranath Tagore’s ‘Rakta Karabi’, ‘Raja’ and ‘Char Adhyay’, Tulsi Lahiri’s ‘Chheda Tar’, Henrik Ibsen’s ‘Putul Khela’ and ‘Dash Chakra’ among others.

In the post-Independence period the Bengali theatre witnessed a marked change in style with the coming on to scene of great playwrights like Badal Sarkar, Mohit Chatterjee, Arun Mukherjee and others. Badal Sarkar produced numerous dramas like ‘Evam Indrajit’, ‘Baki Itihas’, ‘Pagla Ghoda’, ‘Baasi Khabar’, ‘Prastava’ and ‘Juloos’, which became trendsetters in the contemporary Bengali Theatre.