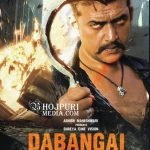 The history of Bhojpuri films began in 1962 with the acclaimed film ‘Ganga Maiyya Tohe Piyari Chadhaibo’ directed by Kundan Kumar. This was followed by other hit films like ‘Bidesiya’ and ‘Ganga’ (1965) but the industry took a big leap only in 2001 with the release of a super hit film ‘Saiyyan Hamar’, followed by other hits like ‘Panditji Batai Na Biyah Kab Hoi’ and ‘Sasura Bada Paisa Wala’ in 2005. Manoj Tiwari and Ravi Kishan are the biggest male actors of the Bhojpuri cinema, while Rani Chatterji is the most popular actress. Several Bollywood hits, including films like ‘Sholay’ and ‘Deewar’, are being dubbed into Bhojpuri.