The Indian Christians celebrate their festivals largely in the same manner as Christians anywhere else in the world. However, local influence is evident in the use of traditional music, umbrellas and even elephants during the festivities by the Syrian Christians, especially those of the southern India.

The birthday of Jesus Christ is celebrated on the 25th of December every year as Christmas, which is a major event in Christian households all over India. A midnight mass is held at all the churches on the night of 24-25th December and people visit churches the following day too. Cakes and gifts are exchanged and Christmas trees stuffed with gifts and sweets are put up everywhere. 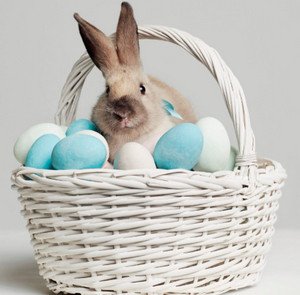 Easter is universally a joyous day celebrated to mark the resurrection of Jesus Christ, as it is told in the Bible. It is a celebration of the triumph of life over death. According to Ramona Warren author of the popular Easter Handbook, “the resurrection of Christ occurred at the time of the Jewish feast of Passover or Pesach.” During the early years of Christianity, the resurrection and ‘Passover’ were observed together by the Jewish Christians on the 14th day of the Jewish month of Nisan, which roughly corresponded to April. However, the non-Jewish or the Gentile Christians celebrated the resurrection every Sunday with a special emphasis on the Sunday closest to the 14th day of Nisan. The Nicene Council held in 325 A.D. decided to settle this difference by fixing the date of Easter on the first Sunday following the first full moon after the vernal equinox, March 21st or the Paschal full moon.

Good Friday is observed in India in April every year on the day of crucifixion of Jesus Christ. Good Friday is the supreme manifestation of God’s love for mankind. The death of Jesus Christ gave new hope and meaning to life. This makes Good Friday a good event. Christians visit Churches to attend the Masses held on this occasion.

St. Francis Xavier’s Day commemorates the Death Anniversary of St. Xavier, the great Catholic missionary who came to Goa in 1543 A.D. and started preaching the Gospel of Jesus Christ to the people of India. St. Xavier engaged scholars from Goa to get the Creed, the Lord’s Prayer, the Ten Commandments and the Ave Maria translated into the local language. To mark the occasion, ceremonies are held in the Church of Bom Jesus in Goa on December 3rd, the day he was buried. Devotees visit the church in large numbers to seek his blessings. Every ten years on the anniversary of his death, his body used to be publicly displayed in a glass case. The last such exposition was held in 1994. In view of the deterioration of the body, the church decided against displaying the body any more.