Alyque Padamsee, known as the “Advertising Guru of India”, is a well-known Indian theatre personality and advertising professional, who headed the advertising company Lintas. Of the 70-odd plays that Padamsee has directed, several are adaptations of Shakespeare’s plays, such as ‘Othello’, ‘Julius Caesar’ and ‘Hamlet’. He also has to his credit productions like ‘Evita’, ‘Tughlaq’, ‘Jesus Christ Superstar’, ‘PDialogues’ and “Broken Images – the scandal behind a world famous novelist”. He is remembered for playing the role of Mohammad Ali Jinnah in Richard Attenborough’s film ‘Gandhi’. He is the author of a book, ‘A Double Life in New Delhi’. He is a recipient of several honours and awards including Padma Shri and Karmaveer Puraskaar.

Feroz Khan is one of the most accomplished contemporary playwrights and actors of the Hindi theatre. He has given memorable performances in plays like ‘Mahatma vs. Gandhi’, ‘Equus’ and others. Among his directorial ventures, mention may be made of ‘The Royal Hunt of the Sun’, ‘Tumhari Amrita’, ‘Saalgirah’, ‘Eva Mumbai Ma Chaal Jaiye’ and ‘Salesman Ramlal’. He was associated with the Prithvi Theatre from 1984 to 1992 as an artist and director.

Girish Karnad (b.1938) is an internationally renowned playwright, director, actor, poet and critic. His formidable works as a playwright include ‘Yayathi’

​(1961), ‘Tughlaq’ (1964), ‘Hayavadana’ (1971), ‘Anjumallige’ (1977), ‘Hittina Hunja’ (1980), ‘Naga-Mandala’ (1988), ‘Tale-danda’ (1990) and ‘Agni Mattu Male’ (1995). All these plays were written originally in Kannada, but were translated into other languages including, Hindi and English. His other plays commissioned by reputed agencies include ‘The Dreams of Tipu Sultan’ (1997), ‘The Fire and the Rain’ and ‘Bali the Sacrifice’ (2002). He scripted and presented the film, ‘The Bhagavad Gita’, as part of the series, ‘Art that Shook the World’, for the BBC. Girish Karnad has acted in several renowned films like ‘Samskara’, ‘Vamsha Vriksha’ and ‘Kaadu’ in Kannada and provided the script and direction for many Hindi films including Utsav and Cheluvi. Karnad has received several honours and awards, including the Mysore State Award for ‘Yayathi’ (1962), Mysore Rajyotsava Award (1970), Sangeet Natak Akademi Award (1972), National award for excellence in Direction for ‘Vamsha Vriksha’ (1972), Padma Shri (1974), National award for the Best Kannada film for ‘Ondanondu Kaaladalli’ (1978), Padma Bhushan (1992), Sahitya Akademi Award (1994) and the Bharatiya Jnanpith (1999). 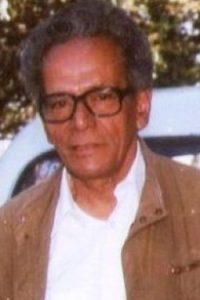 ​Habib Tanvir (1923-2009) was a renowned playwright and theatre legend who was credited with adapting Chhattisgarhi, Pandavni and Nacha folk dance song forms into modern theatre. He extensively explored content from the Sanskrit drama, Shakespeare and contemporary European satire for his plays. Habib Tanvir started his career as a producer in the All India Radio (AIR) Bombay in 1945. He became an integral part of Indian People’s Theatre Association (IPTA) as an actor. In 1959, he founded the Naya Theatre in Bhopal.

Some of his famous plays include ‘Mitti Ki Gaadi’, ‘ Gaon Ka Naam Sasural’, ‘Mor Naam Damaad’, ‘Charandas Chor’ (1975), ‘Kamdeo Ka Apna, Basant Ritu Ka Sapna’ and ‘Shaajapur Ki Shantibai among others. Tanvir acted in over nine feature films, including Richard Attenborough’s ‘Gandhi’ (1982). He was a recipient of Sangeet Natak Akademi Award, Padma Shri, Sangeet Natak Akademi Fellowship and Padma Bhushan. He was a member of the Rajya Sabha from 1972-1978. 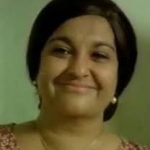 Pearl Padamsee was a noted theatre and film personality who directed several upcoming stage artists in the musical ‘Godspell’ and in another popular play ‘Rise and Fall of Arturo Ui’. Her other notable directorial ventures in theatres include Gieve Patel’s ‘Princes’, Van Italy’s ‘Serpent’ and Dostoevsky’s ‘The Idiot’. She was also a versatile film actress, who is noted for her performance in ‘Khatta Meetha’, ‘Baaton Baaton Mein’, ‘Junoon’, ‘Staying On’ and ‘Such a Long Journey’. She died in April 2000 at the age of 69.