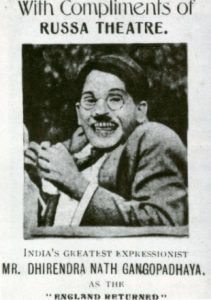 The earliest motion pictures to enter India were those made in English. It was a common practice during the silent era to have the main titles of films in English and Urdu. Several indigenous films were made in the early days in English versions with an eye on the foreign markets. Thus, we had Dhiren Ganguli’s ‘Bherat Ferat’ remade as ‘England Returned’; Baburao Painter’s ‘Savkari Pash’ remade as ‘Indian Shylock’ and Indulal Yagnik’s ‘Anarkali’ remade as ‘Monument of Tears’ to name a few. Several short films were also made in English during 1900-1909, such as Thanwalla’s ‘Splendid New Views of Bombay’; Elphinstone Co’s ‘Dancing of Indian Nautch Girls’; Hiralal Sen’s ‘Indian Life and Scenes’ and Dada Saheb Phalke’s ‘Growth of a Planet’. 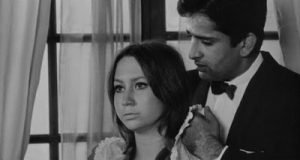 The earliest Indian feature film attempted in English was perhaps Himanshu Rai’s ‘Light of Asia’ (1931), which was followed by Ardashir Irani’s re-make of his film ‘Noor Jehan’ (1931). However, the first wholly indigenous film made in English was J.B.Wadia’s ‘Court Dancer’ (1941). The first technicolour film, ‘Jhansi Ki Rani’ (1951) was re-made in English as ‘Tiger and the Flame’, while G.P.Sippy’s ‘Shahenshah’ (1953) was re-made as ‘Queen of Araby’. The first English movie of South India, ‘The Jungle’ was produced in 1952 by the Modern Theatres. In 1964, Ismail Merchant and James Ivory co-produced the English-Hindi film ‘Gharbaar’, which was followed by other notable films like ‘Shakespearewallah’ (1965), ‘The Guru’, ‘Savages’, ‘The Wild Party’, ‘Autobiography of a Princess’ (1975) and ‘Heat and Dust’ (1982). Pearl Buck and Tad Danielewski remade Dev Anand’s popular hit film ‘Guide’ (1965) in English. Shashi Kapoor made two noteworthy films ‘36 Chowrangee Lane’ (1981) and ‘Utsav’ in English. Victor Banerjee made his debut as a director with his English film ‘An August Requiem’ (1981). Richard Attenborough’s ‘Gandhi’ (1982) helped in rekindling the interest of the West in Indian films. 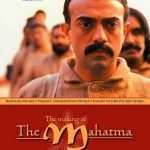