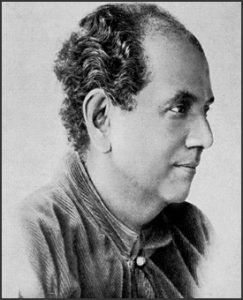 Abanindranath Tagore (1871-1951) was an exceptionally talented portrait and landscape painter who is regarded as the pioneer of the neo-Indian school of painting described as the ‘Bengal School of Painting’. Both his grandfather Girindranath and father Gunendranath were good painters. His first expression of paintings was the ‘Radha-Krishna’ series (1895-1900). His important paintings inter alia include: ‘Krishnalila’ (1896), ‘Omar Khayyam’ series, ‘Mother of Ganesha’, ‘Nandotsav (1900-1910)’, ‘Laila-Majnu’ (1930), ‘Arabian Nights’ series (1930) ‘Gandhi-Tagore’, ‘Kavi-Kankan Chandi’, ‘Krishnamangal’ (1938-39) and ‘Kutum-Kutim’. In 1907 he established the Indian Society of Oriental Art and advocated the use of Indian themes in modern painting in India. He was among the first Indian artists to achieve international fame following his exhibitions in Paris and London (1913) and Tokyo (1919). 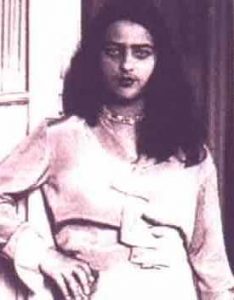 Amrita Shergil (1913-1941) was one of the earliest modern painters of India. She was educated in France and developed a style that was a fusion of the best elements of the European painting, symbolism of Eugène Henri Paul Gauguin and the figuration of the Pahari paintings. She arrived in India in 1934 and continued painting prolifically till 1941. Her famous paintings include ‘Hill Women’, ‘Siesta’, ‘Bride’s Toilet’, ‘South Indian Villagers Going to Market’, ‘Brahmacharis’ and ‘Banana Sellers’. She was the first and the youngest Asian to be elected ‘Associate of Grand Salon’ for her painting ‘Conversation’ (1934). She had built an unassailable reputation for herself as an artist despite the fact that her career was circumscribed by her sudden death.

Dhiraj Choudhury (b. 1936) is an idea-oriented artist who has held over 75 solo exhibitions in major cities of India and twelve one-man shows abroad. He was the only Indian to participate in the Geneva Exhibition of Art held in 1976. His important works include “50 years of struggle for freedom” and a series called “Love at the threshold of the new Millennium”. He has been honoured with the Lalit Kala Akademi Award.

Jahar Dasgupta (b.1942) is a remarkable name in the world of creative art in modem Bengal, who had his initial training in the Shantiniketan from legendary masters like Benode Behari Mukherjee and Ramkinkar Baiz. In 1964 he got his diploma in painting and within a period of three years he organised his first one-man show at Birla Academy, Kolkata. Jahar is known for his straight, firm, deep-rooted drawings and paintings with a meaningful message. 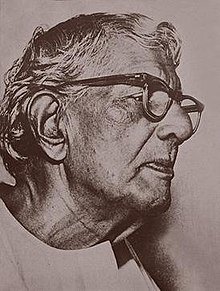 M.F Hussain (1915-2011) is considered as the foremost among the Indian painters and artists and often dubbed as the “Picasso of India”. He formed the Progressive Artists Group in 1948 along with Havell, Francis Souza, Sayed Raza and Amrita Shergil. He had his first one-man show at Mumbai in 1950. He made a symbolic film, ‘Through the Eyes of a Painter’ in 1966, which won him the Golden Bear Award at the Berlin Film Festival. He painted several important series of paintings like the ‘Mahabharata and Ramayana’, ‘Chirst and the Lamb’, ‘Peace Doves’, ‘Women with Roosters’ and ‘Mother Teresa’. On January 26, 1988, he “painted the music” of Bhimsen Joshi at the Tata Theatre in Mumbai. Hussain took a great fascination for the cine actress Madhuri Dixit and made her the subject of his many paintings. He has also produced a Hindi feature film called ‘Gajamani’ with Madhuri in the lead role. He made another film ‘Meenaxi: A Tale of Three Cities’ with Tabu in the lead. Hussain is a recipient of Padma Bhushan and Padma Vibhushan and was nominated to the Rajya Sabha in 1986. He had reportedly acquired nationality of Qatar. 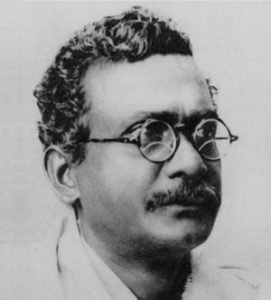 ​Born in Bihar, ​Nandlal Bose (1882-1966) was one of India’s most celebrated 20th century painters of the Bengal School of Art. A staunch nationalist and an advocate of ‘swadeshi’, he created a new conceptual base for the Indian art. In 1976, he was declared one of the ‘national treasures’ of Indian Art by the Archaeological Survey of India, which disallowed his works from being sold or auctioned outside India from then on. Nandalal Bose was given the work of illustrating the Constitution of India, which was entirely handcrafted by artists of Santiniketan under his guidance. Jawaharlal Nehru also asked him to illustrate the emblems of Government of India’s awards such as the Bharat Ratna and Padma Shri. He was the recipient of the Padma Vibhushan in 1954. His work ‘Suttee’ won him a prize in the exhibition of the Indian Society of Oriental Arts. Nandalal Bose often depicted women in his art, along with scenes from mythology and rural life.

Raja Ravi Verma (1848-1906) was, perhaps, the first great modern painter of India. He travelled all over India and evolved a national style of painting by integrating various regional elements in his paintings. His illustrations of ‘Ramayana’ and ‘Mahabharata’ were acclaimed as the most appealing visual representations of the period. His work the ‘Nair Lady Adorning Her Hair’ (1873) won a gold medal at the World Art Exhibition, Vienna. He also won the first prize at the International Art Exhibition (1893).

Satish Gujral (1925-2020) is a versatile painter, sculptor, muralist, architect and writer of rare genius. He works with several mediums like clay, paint, wood, ceramic, glass and metal. He was awarded the order of the Crown from Belgium for his achievements in the field of architecture. He is the recipient of several honours and awards including the National Award for Painting (1956), National Award for Sculpture (1972) and the Padma Vibhushan.