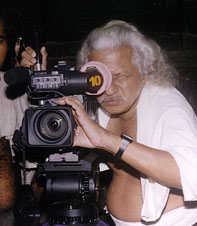 Adoor Gopalakrishnan is the noted Producer and Director of Malayalam films who pioneered the film society movement in Kerala and set up India’s first cooperative for the production, distribution and exhibition of artistic films. His most noteworthy films are Swayamvara (1972), Kodiyettam(1977), Elippathayam (1981), Mukhamukham (1984), Anantharam (1987), Mathilukal(1989), Vidheyan (1993) and Kathapurushan (1995). His film Swayamvara won four National Awards in 1972 (Best Film, Best Director, Best Photography and Best Actress) while Anantaram brought him the Best Director Award in 1988. Among the many documentaries made by Adoor Gopalakrishnan is Eau Ganga, an impressionistic film that won the Grand Prix at the Cinema du Reel festival in France.

Amitabh Bachchan is one of the legendary personalities of the Indian cinema. His first appearance was in the movie Saat Hindustani (1969). He showed his mark in the Hindi film world with Zanjeer (1975), which set the trend for the ‘Angry Young Man’ action roles in Hindi films. With his tall and lean looks, Amitabh became emblematic of the new kind of action hero. This continued in his other films like Deewar, Muqaddar Ka Sikander, Hera Pheri, Shakti, Lawaris and others.

Altogether, Amitabh Bachchan has appeared in over 80 films, many of them, particularly those from the mid-1970s to the mid-1980s, were resounding successes. So total was Amitabh’s dominance of the movie scene in the 1970s and 19802 that the late French director Francois Truffaut called him a “one-man industry”. Amitabh tried his hand at politics, being closely associated with the Gandhi family, and was elected to the parliament with a huge majority from the Allahabad constituency. He soon became disenchanted with politics and gave up his seat in parliament, vowing never to be involved in politics again.

Some years ago Amitabh launched an entertainment company called Amitabh Bachchan Corporation Limited (ABCL), which was the prime sponsor of the Miss Universe Contest held in Bangalore in 1996.  In mid-2000 Amitabh made a foray into the small screen by hosting a TV quiz show called Kaun Banega Crorepati? Amitabh achieved another distinction when he was selected as the only actor from the Bollywood whose wax model is kept in the famous Madame Tussaud’s museum in London.

Born on September 8, 1933, at Sangli in Maharashtra, Asha Bhonsle has over 10,500 songs to her credit which include 7,600 in Hindi, 1,200 in Marathi, 450 in Gujarati, 250 in Punjabi, 350 in Bengali, 250 songs in Bhojpuri and other languages and 250 ghazals, geet and folk songs. She has acted in two Hindi and one Marathi film as a child artiste. She has been described as India’s foremost pop star who has had the opportunity to sing with Boy George and Code Red and called ‘The Grandma Madonna from India’, ‘India’s Rock-n-Rolling Grandma Donna Summers’ and ‘The Rock-n- Roll Grandma’.

The first song recorded by her was ‘Chunaria’ in 1948. It was O.P. Nayyar who first exploited her voice to the hilt. When Asha sang ‘Yeh Resmi Zulpho Ka Andhera’ in ‘Mera Sanam’ under the baton of Nayaar she became an instant hit. Her songs in ‘Kashmir Ki Kali’, ‘Pran Jayee Par Vachan Jaye’, ‘Ek Musafir Ek Hasina’ became super hits. Her song ‘Dum Maro Dum’ from R D Burman for ‘Hare Krishna Hare Ram’ became the song of the nation in the seventies.

Asha Bhonsle is the first Indian artiste whose name figures in the Planet Hollywood chain at Dubai. She has three re-mixes albums — ‘Rahul and I, ‘Janam Samjha Karo’ and ‘Asha Once More’ to her credit. Even in her new role as an Indipop singer, she has gone way ahead of other competitors and had walked away with the largest number of awards at the V- Channel Awards for her foot-tapping album Janam Samjha Karo.

Asha Bhonsle won two national awards for ‘Umrao Jaan’ and ‘Ijazaat’. She is also a recipient of the prestigious Dada Saheb Phalke Award.

Ashok Kumar (1911-2001) was one of the greatest actors of the Hindi cinema.ï¿½Born as whose original name was Kumudlal Kunjilal Ganguly in Bhagalpur in Bihar, Ashok Kumar became the face of the 40’s and 50’s with his classic Bengali looks and his phenomenal talent.

His first film was Himanshu Rai’s Jeevan Naiya (1936) opposite Devika Rani, which was soon followed by the more renowned Achhut Kanya (1936). In 1943 he started a new production company called Filmistan in partnership with Sashdhar Mukherjee, Gyan Mukherjee and Chunilal.

Popularly called ‘Dada Moni’, in his older age he became the grand old man of Hindi films. He anchored the popular tele-serial Hum Log during the 1980s. His list of awards includes the Dada Saheb Phalke Award (1996) for life-time achievement, two Filmfare awards for Rakhi (1963) and Aashirwad (1969) and for best supporting actor for Afsana and the Screen Videocon Award for Lifetime Achievement in 1997. 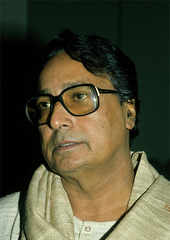 Basu Bhattacharya (1934–1997) was a noted Hindi film director who was popularly known as “Basuda”. He started his career in 1958 by assisting Bimal Roy in films like Madhumati and Sujata and later married Bimal Roy’s daughter, Rinki Bhattacharya. His first film Teesri Kasam, released in 1967, is ranked among the best of Indian cinema. The film was based on the short story “Maare Gaye Gulfam” by Phanishwar Nath ‘Renu’.

Basu Bhattacharya was deeply interested in the man-woman relationship, which he tried to explore through sensitively directed films like Anubhav, Avishkar, Grihapravesh and Aastha. Megastar of yester-years Rajesh Khanna who acted in the film Avishkar received the Filmfare Best Actor Award in 1975.

In 1979, he produced Sparsh, which won the National Film Award for Best Feature Film in Hindi and the film also won the Filmfare Best Movie Award. He served as president of the Indian Film Directors’ Association from 1976 to 1979. In 1981 he was a member of the jury at the 12th Moscow International Film Festival.

Octogenarian filmmaker, B.R.Chopra was awarded the Dadasaheb Phalke award, the country’s most prestigious film honor, for his outstanding contribution to Hindi cinema. His name also finds a mention in the 2000th edition of the “Guinness Book” under the category of longest-running religious soap opera for creating a global record with his television serial Mahabharat. The mythological serial was first aired on the state-run Doordarshan television network in the 1980s and is currently into its third rerun on the Zee network.

Dada Kondke was the Marathi comedian who became famous for his double entendres and broad comedy. Starting off his career as actor and director in Marathi film Songadya, he made a hit team with actress Usha Chavan with whom he worked in almost all his films. Among his hits were Pandu Havaldar, Boat Lavin Tithye Gudgulya, Muka Ghya Muka, Ram Ram Gangaram and Hindi films like Tere Mere Beech Mein and Andheri Raat Mein Diya Tere Haat Mein. His name was recorded in the Guiness Book of World Records after he gave a series of nine consecutive hits in Marathi films. 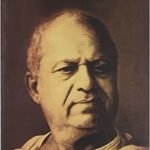 ​Dhundiraj Govind Phalke (1870-1944), popularly known as Dadasaheb Phalke, is regarded as the ‘Father of the Indian Cinema’. He made India’s first indigenous feature film Raja Harishchandra in 1912. His next film was Mohini Bhasmasur (1914), which was followed by Savitri Satyavan (1914) and Lanka Dahan (1917). Phalke produced several comedies (Pithache Panje, Soulagna Rasa, Animated Coins, Vichitra Shilpa), topicals (Sinhasta Parvani, Kartiki Purnima Festival, Ganesh Utsava) and documentaries (Bird’s Eye-view of Bodh Gaya, Rock-cut Temples of Ellora). Phalke also made a short film on film-making called How Films are Prepared in 1917. As an acknowledgment of his great contribution to the Indian cinema, the Government of India introduced in 1960 the Dadasaheb Phalke award, the highest award in film industry.

Deepa Mehta is an internationally acclaimed Indian film-maker, who shot to fame with her controversial film Fire, based on the subject of lesbianism. Her film Earth 1947, which is based on Bapsi Sidhwa’s novel Ice Candy Man, has won seven awards at the Melbourne film festival. The last of her Trilogy, Water, which is based the life of Hindu widows in the 1930s, proved to be another controversy, with people accusing her of hurting their religious sentiments.