He was a court musician of Akbar and Jahangir and had a close relationship with Abdur Rahim Khan-e-Khana. Baba Ramdas had great knowledge of shastras of music and created many highly classical ragas such as ‘Ramdas’, ‘Ramdasi Malhar’, ‘Ramdasi Sarang’, ‘Ramkali’, ‘Rama’, ‘Ram Kalyan’, ‘Ramkaunsi’ and ‘Ram Sakh’. He was the founder of the ‘Ramdasi Gharana’. 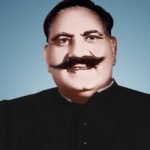 ​ Ustad Bade Ghulam Ali Khan (1901-1968) was an exuberant khayal and thumri singer hailing from Lahore in East Punjab, who is regarded as one of the pioneers of the ‘Patiala Gharana’. Although his ‘Khayals’ were full of artistry and melody, it was his thumris that really enchanted his audiences. Often described as the “King of Light Classical music”, he was honoured with Padma Bhushan (1962) and Sangeet Natak Akademi Fellowship (1967).

Baiju Bawra or Baijnath Prasad (1542-1613) was a contemporary and a ‘gurubhai’ of Tansen, since both were the disciples of Swami Haridas of the 16th century A.D. He was one of the court musicians of Raja Mansingh of Gwalior and considered as one of the finest dhrupad singers of his time. 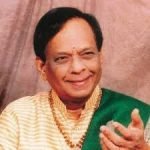 Dr. Mangalampalli Balamurali Krishna (b.1930) is a renowned Carnatic vocalist, multi-instrumentalist, playback singer, poet and music composer. He has reigned at the forefront of the South Indian music for the past five decades. He has enriched Indian music with the creation of many new ragas and with nearly four hundred classical compositions. He is the recipient of several awards which include Padma Vibhushan, Padma Shri (1971), Best Play Back Singer (23rd National Film Festival, 1976), Best Music Director (34th National Film Festival, 1987), Sangeet Natak Akademi Award and the UNESCO Mahatma Gandhi Silver Medal (1995).

Pandit Basavraj Rajguru (1917-1991) was a leading Hindustani vocalist and musician belonging to the Kirana Gharana. His repertoire ranged from the Dhrupad to ‘Vachanas’, ‘Natyageet’, Thumri, and Ghazal, spanning eight languages. He received many awards, including Padma Shri (1975), Padma Bhushan (1991) and the Sangeet Natak Akademi awards. 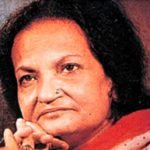 Begum Akhtar (1914-1974) or Akhtarbai Faizabadi, was one of the most eminent ghazal, thumri and ‘dadra’ singers of the Indian Sub-continent. She began her musical training initially under Ustad Imdad Khan, the great sarangi exponent, and later under Ata Mohammed Khan, Abdul Waheed Khan and Ustad Jhande Khan Saheb. She took the music world by storm by her very first public performance, rendered at the tender age of fifteen. She acted and sang in a few Hindi movies in the thirties, such as ‘King for a Day’, ‘Nal Damayanti’ (1933), ‘Mumtaz Begum’ (1934), ‘Daana Pani’ (1953) and ‘Jal Sagar’ (1958). She is described as ‘Mallika-e-Ghazal’ or ‘the Ghazal Queen of India’. She was conferred with the Padma Bhushan posthumously. 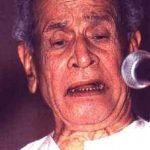 Pandit Bhimsen Joshi (1922-2011) was a musical genius noted for his extraordinarily rich and sonorous voice. He was one of the most popular and respected names among the contemporary Khayal singers. He was also renowned for his presentation of lilting thumris, bhajans, ‘abhangs’ and songs from plays. He received his initial training under Ustad Hafiz Ali Khan in Gwalior and later under the eminent Khayal singer Sawai Gandharva (Pandit Rambhan Kundgolkar). He gave his first public concert in Pune in January 1946 to mark the 60th birth anniversary of Sawai Gandharva. He enriched the Kirana Gharana by adding his own distinctive style and adapting characteristics from other gharanas to create a unique vocal idiom. He improvised and combined ragas to create new ragas like the ‘Kalashri’ and ‘Lalit Bhatiyar’. He also sang for several films, including ‘Basant Bahar’ (1956), ‘Birbal My Brother’ (1973) and ‘Nodi Swami Naavu Irodhu Heege’. He was honoured with Padma Shri (1972), Sangeet Natak Akademi Award (1975), Padma Bhushan (1985), Padma Vibhushan (1999) and Bharat Ratna (2008). 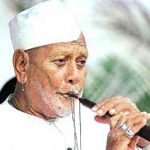 Ustad Bismillah Khan (1916-2006) was the most outstanding Shehnai player of India in the contemporary times. His ancestors were court musicians in the princely state of Dumraon in Bihar. He was trained by his uncle, Ali Bux ‘Vilayatu’, a Shehnai player attached to Varanasi’s ‘Vishwanath Temple’. His first major public appearance was in 1930 at the age of fourteen, when he played in the All India Music Conference in Allahabad. A ‘jugalbandi’ of Shehnai and Sitar performed by Bismillah Khan and Sitar Nawaz Abdul Halim Jaffar Khan, for the film ‘Gunj Uthi Shehnai’ is considered as a masterpiece. He had the rare honour of performing at the Red Fort on the eve of India’s Independence in 1947 as well as on the eve of India’s first Republic Day on January 26, 1950. He has been bestowed with several honours and awards including the Sangeet Natak Akademi Award (1956), Padma Shri (1961), Padma Bhushan (1968), Padma Vibhushan (1980) and the Bharat Ratna (2001).

Bundu Khan (1880-1955) was the legendary Sarangi Nawaz belonging to the ‘Delhi Gharana’. He played sarangi from the Delhi Radio Station, when its broadcast was started in 1935. He became a court-musician to Maharaja Tukaji Rao Holkar of Indore and was also in the Rampur Court for a brief period. He has written several parts of ‘Sangeet Viveka Darpan’, which was published in 1934. 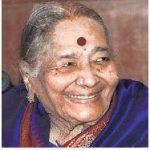 Damal Krishnaswamy Pattammal (1919-2009), popularly known as ‘DKP’, was one of the most celebrated icons of the Indian classical music. She was hailed as one of the “women trinity” of the Carnatic music, along with M.S. Subbulakshmi and M.L. Vasanthakumari. She exhibited immense flair and love for music from her early childhood. She gave her first concert in 1933. She tackled the area of ‘Ragam Tanam-Pallavi’ with great perfection, which was for long considered as a male fiefdom. Her repertoire was very rich and she was particularly renowned for her rendition of compositions of Muthuswami Dikshitar. She was one of the earliest Carnatic musicians to sing in films, beginning with ‘Thyaga Bhoomi’ and later, for others, including ‘Naam Iruvar.’ She is a recipient of several awards including Sangeet Natak Akademi Award (1961), Sangita Kalanidhi (1970), Padma Bhushan (1971), Padma Vibhushan (1998) and Sangeeta Saraswathi (2006).

Pandit D.V. Paluskar (1922-1955), son of the legendary Vishnu Digambar Paluskar, evolved his own distinct style in classical music and founded the ‘Gandharva Mahavidyalaya’ in Lahore in 1901, which was the first music school to run with public funds.

The Dagar family is considered as the torchbearers of the ‘dhrupad’ style of singing. It claims twenty straight generations of being ‘dhrupad’ singers and ‘bin’ players. The Dagar brothers always perform as a pair. The first and the famed Dagar brothers were, Nasir Aminuddin Dagar of Kolkata, who used to sing with Nasir Moinuddin Dagar. Later Nasir Zahiruddin (1933-1994) and Nasir Faiyazuddin (1934-1989) came to be known as the “Dagar Brothers”.