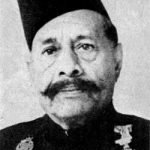 Ustad Faiyaz Khan (1880-1950), popularly referred as the “Aftab-e-Mausiqi”, was one of the pioneers of the ‘Rangila’ or ‘Agra’ Gharana, whose musical lineage goes back to the legendary Tansen. His music was a fine blend of intelligence, imagination and emotion. His repertoire ranged from dhrupad to khayal, thumri, ghazals and even bhajans. 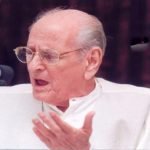 Pandit Firoz Dastur (1919-2008), a doyen of the ‘Kirana Gharana’, began his career as an actor-singer in films during the 1930s. In a singing career that has spanned almost six decades, he has enthralled audiences both in India and abroad. He was the professor of Hindustani Classical Music at the Department of Music in the Bombay University since the inception of the department in 1969. He has received many honours and awards including the prestigious Sangeet Natak Akademi Award (1986), Tansen Award and the Maharastra State Gaurav Puraskar.

Gangubai Hangal (1913-2009) was the doyen of the Kirana ‘gharanais’. Her first public performance was in the Belgaum Congress Session, which was attended by Mahatma Gandhi. She was a recipient of several awards including the Padma Bhushan (1971), Sangeet Natak Akademi Award (1996) and Padma Vibhushan (2002).

T.V. Gopalakrishnan (b.1932) has a solid musical heritage of over two centuries. Since 1949, he has given hundreds of concerts, both vocal and instrumental. He is the first artiste who gives successful concerts as a vocalist, violinist and on mridangam, besides displaying his mastery in both Carnatic and Hindustani systems of music.

Umakant and Ramakant Gundecha are considered as torch-bearers of the Dhrupad tradition. Their rendition of dhrupad is marked by a sense of melody, sensitivity and emphasis that takes the listener back to dhrupad’s ancient and timeless roots. The brothers have, in fact, led the way in the revival of dhrupad by incorporating the poetry of Tulsidas, Padmakar, Nirala and Keshav Das into their music. They have received several honours and awards including Ustad Allauddin Khan Fellowship (1993), Sanskriti Award (1994), Kumar Gandharva Award (1998) and National Film Award for Best Music Direction (2006). 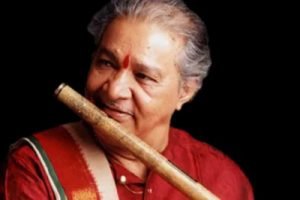 Pandit Hari Prasad Chaurasia (b.1938) is regarded as the greatest living master of North Indian flute, who belongs to the ‘Senia gharana’. He has imbibed and infused the best features of other forms and styles in his compositions. He is the only Indian soloist to have performed at the Bolshoi Theatre in Moscow. Chaurasia has recorded a compact disc at Oslo along with Western artists John McLaughlin and Jan Garbarek, which has gained international popularity. He, along with Shiv Kumar Sharma, composed the scores for Hindi films like ‘Silsila’ and ‘Chandni’. He has been conferred with several awards, including the Sangeet Natak Akademi Award (1983), Padma Bhushan (1992), Konarak Samman (1992) and the Nada Vidya Bharti (2009). In 2008 he was honoured by the Dutch Royal family with the title ‘Officer in the Order of Orange-Nassau’. He has also been honoured by the French Ministry of Culture with the title ‘Knight in the Order of Arts and Letter’ in 2009.

Inayat Khan (1882-1910) was adept in both the Hindustani and Carnatic music. He was one of the first musicians to bring the strains of Indian music to the West, especially during his travels in the USA, UK and Europe from 1910 to 1926. He performed at San Francisco’s ‘Ramakrishna Mission’ way back in 1910. He authored many books on music such as ‘Minqar Mousiquar’, ‘Stee Sayaji Garbavali’, ‘Inayat Fiddle Shikshak’ and ‘The Mysticism of Sound and Music’.

Kesarbai Kerkar (1892-1977) was an eminent vocalist of the ‘Jaipur Atrauli Gharana’. Her voice had a range of three ‘saptakas’ and she could move through the whole range with great ease. Rabindranath Tagore honoured her with the title ‘Surashri’ (1948). She is a recipient of several honours and awards including Padma Bhushan (1969) and ‘Maharashtra Rajya Gayika’ (1969). An annual music festival called the “Surashree Kesarbai Kerkar Smriti Sangeet Samaroha” is held in Goa in November in her memory.

Kishori Amonkar (b.1932) is one of the most outstanding musical personalities of India, who is acclaimed today as one of the leading exponents of Jaipur Atrauli Gharana. She has added new dimensions to the khayal singing with her aesthetic interpretation and introduction of ‘rasas’ through her beautifully cultivated voice. She renders thumris, bhajans and ghazals with equal ease. She was honoured with the Sangeet Natak Akademi Award (1985), Padma Bhushan (1987), Padma Vibhushan (2002) and Sangeet Natak Akademi Fellowship (2009). 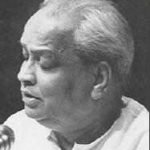 Pandit Kumar Gandharva (1924-1992) was an eminent ‘khayal’ singer of this century. He had a wide repertoire that included rare and complicated ragas, and folk songs, particularly from the Malwa region of Madhya Pradesh, bhajans and Marathi “natya sangeet”. He composed ‘Geet Hemant’, ‘Geet Varsha’, ‘Geet Shishir’ and ‘Triveni’ – bhajans of the three great saints Kabir, Surdas and Meera – which proved to be a sensational hit. Kumar is credited with the creation of a number of new ragas, which include the ‘Sanjari’, ‘Malavati’, ‘Bihad Bhairava’, ‘Saheli Todi’, ‘Gandhi Malhari’ and ‘Sohoni Bhatiyar’. He was conferred with the Sangeet Natak Akademi Award (1974), Kalidas Samman Award (1985), Padma Bhushan and Sangeet Natak Akademi Fellowship (1988).

Lalgudi Jayaraman (b.1930) is a violin virtuoso who has excelled far beyond anyone else since the time of Dwaram Sri Venkateswara Naidu. He is also an accomplished vocalist and music composer. He has composed several ‘krithis’, ‘varnams’ and ‘tillanas’, in addition to composing and conducting five orchestral pieces for All India Radio’s ‘Vadya Vrinda’ programme. He composed the lyrics and music for the operatic ballet ‘Jaya Jaya Devi’, which premiered in 1994 at Cleveland, USA. He is a recipient of several honours and awards including Padma Shri (1972), Sangeet Natak Akademi Award and Padma Bhushan (2001). He became a fellow of the Sangeet Natak Akademi in 2010.

Madurai Mani Iyer (1912-1968) was born in a family of classical musicians. Young Mani was a prodigy and commenced giving concerts when he was only twelve years old. His extraordinary sense of the ‘sruti’ enabled him to produce eternal musical effects, mainly by his flights of imagination and originality. He was a recipient of several honours and awards, including the Ganakaladharar (1944), Sangeetha Kalanidhi (1959), President’s award (1960) and Isai Perarignar (1962).

Mallikarjun Mansur (1910-1992) was a legendary musical figure belonging to the Jaipur Gharana. He was famous from a very young age and sang for more than sixty years. His performances featured a variety of rhythmic patterns and imaginative elaboration. He was honoured with the Sangeet Natak Akademi Award (1971) and Fellowship (1982).

M. L. Vasanthakumari (1928-1990), popularly referred as ‘MLV’ was a ‘vidushi’ of outstanding merit. She excelled in all aspects of Carnatic music and was endowed with a melodious voice. She was a popular playback singer in many movies. She was bestowed with several honours including ‘Sangita Kalanidhi’ from the Madras Music Academy and the Padma Bhushan. 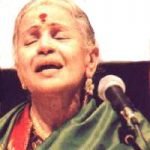 M.S. Subbulakshmi (1916-2004), popularly known as ‘MS’, was a legendary Carnatic vocalist. Her classical repertoire in several languages is a formidable one, representing composers from the ancient to the contemporary. MS Subbulakshmi took up film acting in her youth and acted in a few Tamil films. Her first film ‘Sevasadanam’ was released in 1938. She played the male role of Narada in ‘Savitri’ in 1941 but became famous for her role in ‘Meera’ (1945) in which she soulfully rendered the Meera bhajans. She has the distinction of being the first woman to have presided over the Music Academy Conference in Chennai in 1968. She is a recipient of several honours and awards including the ‘Sangeet Kalanidhi’, ‘Desikottam’ from Vishwa Bharati University, Padma Bhushan (1954), Sangeet Natak Akademi Award (1956), Sangeetha Kalanidhi (1968) and Padma Vibhushan (1975). She became the first woman recipient of the Ramon Magsaysay award (1974) and also the first musician to be awarded with the Bharat Ratna (1998). Jawaharlal Nehru gave her the title “Queen of Music”, while Kishori Amonkar referred her as the ‘Aathuvaan Sur’. The famous ‘Kancheepuram Sari’ shade (‘MS Blue’) was created for her by Sri Muthu Chettiyar.