India has seen hundreds of  legendary musicians and maestros since ancient times.  Some of the well-known musicians of the ancient and contemporary times are listed below: 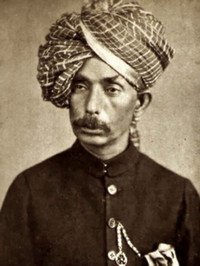 Ustad Abdul Karim Khan (1872-1937) dominated the world of Hindustani music for well over a generation and has been acclaimed as the “maestro who conceived, evolved, and popularised the Kirana gharana”. He was perhaps the first North Indian musician to study Carnatic ragas and incorporate several of them into Hindustani music. In 1913 Abdul Karim Khan founded the Arya Sangeet Vidyalaya in Pune. He was also adept in playing Veena and Sarangi. He created a stir by advancing the “Shruti Samvad” theory in collaboration with the British musicologist E. Clements.

Adarang and Sadarang were considered as the pioneers of Khayal singing. In fact, some people trace the origin of Khayal to “Sadarang” Nyaamat Khan, who was a ‘beenkaar’ in the Mughal court of Muhammad Shah “Rangila”. The pair was renowned for composing ‘jugalbandi’ in Khayal. 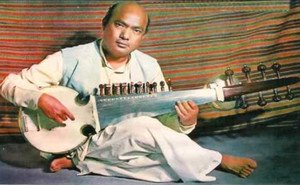 ​Ustad Ali Akbar Khan (1922-2009), popularly referred as the “Indian Johann Sebastian Bach”, was considered a “National Living Treasure” in India. He was one of the greatest Sarod players of all times and belonged to the Baba Allauddin Seni Gharana of Maihar. He was also adept in other instruments like Pakhawaj and Tabla. Allauddin Khan became the court musician for the Maharaja of Jodhpur while in his early twenties. He composed music for Bengali films ‘Kshudhito Pashan’ and ‘Devi’ and for the Hindi film ‘Andhiyan’. He performed an unprecedented concert at the Museum of Modern Art in New York way back in 1955. He founded colleges to teach Indian music in Japan, Canada and the U.S. 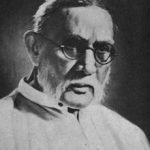 Ustad Alladiya Khan (1855-1946) was one of the pioneers of the Hindustani classical music and is credited with the establishment of a new gharana described as ‘Alladiya’ or ‘Jaipur-Atrauli’ gharana. He also revived several complex ragas.

Ustad Alla Rakha (1919-2000) was one of the most celebrated tabla players in the world, who was hailed not only for his performing finesse but also for the incomparable accompaniment he provided to other musicians. He founded the Institute of Music in Mumbai in 1986. He earned great recognition abroad as a soloist and accompanist. He was conferred with Padma Shri (1977) and the Sangeet Natak Akademi Award (1982). 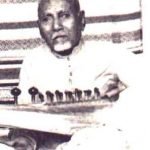 Ustad Baba Allauddin Khan (1862-1972) was a legendary figure in Indian music. He mastered many instruments including Tabla, Violin, Sursringar and Surbahar but finally turned to Sarod. He is credited with the creation of innumerable new compositions and many new ragas, such as ‘Hemant’, ‘Shobhavati’ and ‘Durgeshwari’. His eventual contributions are so outstanding that a gharana known as the ‘Seni Baba Allauddin Gharana’ has been named after his style.

Ustad Amir Khan (1912-1974) was a classical vocalist, who founded the Indore Gharana. He ingenuously combined the ‘dhrupad’ with the vibrant ‘khayal’ in his music. Amir Khan is credited with the successful induction of ‘Hamsadhvani’, a Carnatic raga, into the Hindustani music. He is the recipient of the Sangeet Natak Akademi Award (1967), Presidential Award and Padma Bhushan (1971). 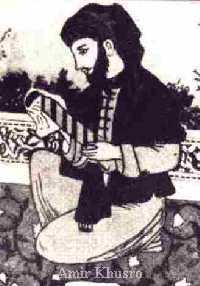 ​Hazrat Amir Khusro (1254-1325 A.D.) was a scholar poet and musicologist of rare talent in the court of Allauddin Khilji. The unique forms and styles in the Hindustani music, which were introduced by Amir Khusro, are still in practice. Amir Khusro is credited with the creation of the ‘Hemant’, ‘Prabhat Kali’ and ‘Hem Behag’ ragas and the invention of Sitar in the 13th century A.D. 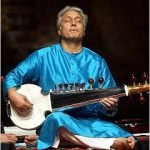 ​Ustad Amjad Ali Khan (b.1945) is one of the greatest exponents of Sarod. He has introduced the ‘gayaki ang’ in Sarod and composed new ragas like ‘Amiri Todi’, ‘Haripriya Kannada’, ‘Jawahar Manjari’ and ‘Shivanjali’. He is the recipient of many awards and honours including the Sangeet Natak Akademi Award (1989), Padma Shri (1975), Tansen Award (1989), Padma Bhushan (1991), Padma Vibhushan (2001) and UNICEF’s National Ambassadorship. He was also awarded the Gandhi UNESCO Medal in Paris for his composition ‘Bapukauns’ (1995) and the “Commander of the Order of Arts and letters” by the French Government (2003). He performed at the Central Hall of the Parliament on the commemoration of India’s 60th year of Independence in 2007. 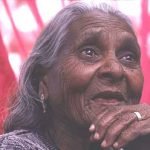 Asghari Bai (1918-2006) was a very famous and incomparable dhrupad singe who had learnt music from her guru, Ustad Zahur Khan from the age of five-and-a-half years. Her grandmother Balayat Bibi adorned the court of Ajaygarh princely state, while her mother Nazir begum was a court singer for the erstwhile royal family of Bijawar. She acquired extraordinary expertise in dhrupad to reign as the main court singer for the Orchha dynasty. She was known for her versatility and capacity to present a synthesis of diverse ragas and talas. She was conferred with the Sangeet Natak Akademi Award (1987), Tansen Samman (1985), Sikhar Samman (1986) and Padmashri (1990).