Indipop is a relatively nascent style of music that is a combination of diverse and eclectic musical influences, from raga to reggae and bass beats to bhangra. This style of singing has broken musical frontiers across the globe and developed a distinct niche for itself, winning large fan-followings the world over. 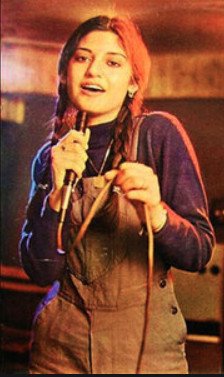 Alisha’s album Made in India became a hot favourite in India and abroad with a sale of over 24 lakh tapes. She is now producing another album called Dil Ki Rani. Daler Mehndi stormed the Indian scene in 1995 with his first album featuring the adrenaline-pumping Bolo ta ra ra. He followed his success with two more multi-platinum albums, Dardi Rab Rab (1996) and Ho Jayegi Balle Balle (1997). His latest album Tunak Tunak Tun is a mix of bhangra with a dash of rap and reggae, the raw energy of dance and a touch of the classical. Daler Mehndi was followed by Sukhbir (1995), who came out with his album called New Style with his own brand of bhangra, mixed with rap, techno and dance rhythms. Lucky Ali’s two albums, Sunoh and Sifar, and the song O Sanam Mubobbat Ki Qasam, stirred the hearts of millions. Anamika produced two albums, Catwalk and Intezaar. Raageshwari, the popular Veejay of music channels became an instant hit with her song Oye Shava. The debut album of Rajeshwary Sachdev Hulle Hullare is based on traditional Punjabi Gidda numbers. Ila Arun came out with a typical ethnic-style album called Ghagra, while Phalguni Pathak produced an album called Maine Payal Hai Chankai. Bombay Vikings have become popular with their entertaining album Kya Surat Hai, with its English interspersed with Hindi lyrics. Baba Sehgal and Baly Sagoo also gained instant fame with their pop albums.

In a short period of less than a decade the pop culture has spread its tentacles to a large section of the young population of India and by the close of nineties India’s pop industry had acquired a share of 10% in the Indian music market. The Indi Pop gained respectability with the entry of stalwarts like Amitabh Bachchan, Asha Bhonsle, Alka Yagnik and A.R.Rahman on to the scene. The re-mixes and albums of the evergreen singing sensation Asha Bhonsle have taken her to dizzying heights. Even as she faced stiff competition from singers half her age, she walked away with the largest number of awards at the V-Channel Awards for her foot-tapping album Janam Samjha Karo a few of years ago. Asha has often been described as India’s foremost pop star and nick-named as “The Grandma Madonna from India” and “The Rock-n- Roll Grandma”. Her other two re-mix albums are Rahul and I and Asha Once More. A.R.Rehman created a sensation by composing the song Vande Matram in a refreshingly new tune. 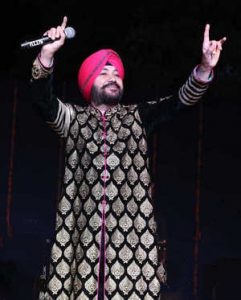 With the music industry willing to experiment with almost anyone, Qawwali Ustads too began making an appearance on the hyped-up video-audio circuit. Venus signed on Qawwaal Altaf Raja who came up with a 10-lakh plus album Tum to tehre pardesi. Pakistani superstar Nusrat Fateh Ali Khan’s album Sargam with Javed Akhtar’s lyrics, containing the song Afreen Afreen became a mega hit. Even a classical singer like Shuba Mudgal could not evade the attraction of Indi pop. Mudgal, who produced an album called Ab Ke Sawan, has become the latest sensation because of the depth, range and resonance of her voice. Shobha Mudgal, who has a wide repertoire including wedding songs (Wedding Songs of UP), bhajans (Deepawali) and thumris, was introduced as a classical artiste who sings Hindi pop for the first time. Shankar Mahadevan is another talented Indipop singer who juggles with Carnatic music, Hindustani music, jazz and even fusion. His Breathless became a chartbuster towards the end of 1999. Shankar Mahadevan has also given soundtracks for films like Shool, Dillagi, Nayi Padosan and Bhopal Express. Towards the end of 1999, Magnasound had released Savariya, an innovative album by a group called Three Brothers and a Violin. The other recent releases include Kamal Khan’s Suno to Diwane Dil, Anu Malik’s Ho Raha Hai Sama, Nirmal Pandey’s Jazbe and Sonu Nigam’s Mausam. Pakistani-born Adnan Sami rose to the top of the Indian music charts in the middle of 2001 with his album Lift Kara De.

The globalisation of Indipop is an interesting feature of the recent times. It all started when Hariharan and Lezzlie Lewis began a new experimentation in fusion music with their album called Colonial Cousins in 1994. Their music was created by the mélange of Hariharan’s classical vocal and Lewis’s western touch and was targeted primarily at the non-resident Indians in North America. The tremendous success of their first album prompted them to go in for another, more westernized, album called The Way We Do It. By the end of 1999, Indipop began its inroads into the western world. The success of musical scores of the Hindi film Taal in United Kingdom, where it entered the top 20 of the audio charts, encouraged several people to explore and experiment with Indian music. The music wizard, A.R.Rehman, produced an album called Ekam Satyam with Michael Jackson and is working on another album Bombay Dreams, which is a musical jugalbandi with Andrew Lloyd Weber. This growing popularity of Indipop in the West can be gauged from the fact that even Stanley Kubrick incorporated Indian notes in Eyes Wide Shut.

The Film music, having felt the heat of Indipop, itself tried to bring in catchy raunchy song numbers like Sexy Sexy, Tu Cheez Badi Hai Mast Mast, etc to give a boost to the films. Other pop numbers like Amma Dekh Tera Munda Bigda Jai, O O Jaane Jana and Chal Chainyan Chinyan have caught the imagination of the viewers. Aamir Khan’s debut song Aati Kya Khandala in the film Ghulam became a rage. The song savvy Daler Mehndi’s number Thade Naal Rahoge to Aish Karoge along with Amitabh Bachchan in Mrityudaata turned out to be the biggest attraction of the film. Daler has done another catchy song Ankh ladti hai to ladne de for the film Khauf, which he sang with Asha Bhosle.

While the only way to promote music in the past was through radio, now it has become a fashion to launch every new song with a music video. Industry whiz Ken Ghosh, who has made more than 75 videos, including Alisha’s Made in India and Nusrat Fateh Ali Khan’s Afreen says, “music video is a glimpse of what the album is going to be. If you like the song you may buy the album.” The trend is for music to be seen, heard and then bought. The growing popularity of music channels like MTV, V, Music Asia and Sony Music have virtually brought the Indian pop music to the door steps of millions of Indians.

There are now several music companies like Magnasound, BMG Crscendo, HMV, Venus, Plus, Tips and Sony Music that are supporting the Indipop artistes in a big way. The money at stake is unimaginably high. Today’s pop singers are signing deals worth thousands of crores for an album.