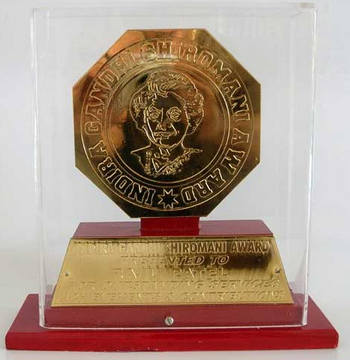 The awardees are selected by an international jury which at one point of time was chaired by the Prime Minister of India (under the Congress rule). However, the Jury for the 2019 Prize was chaired by Former president Pranab Mukherjee.

List of past winners of the Indira Gandhi Peace Prize: