After the British left India in 1947, Indian architecture dropped into an abyss. Indian architects, who were relegated to the role of being assistants to the British architects under the British Raj, took their own time to express their ingenuity. Perhaps, there was an identity crisis, a dilemma whether to bask in the glory of the past or move forward with times using new ideas, images and techniques. While in other fields like art, music and culture, the distinct Indian imprint was more enhanced in the post-Independence period, no such thing was discernible in the case of architecture. It is no doubt that the Indian architects were unable to achieve a transformative architecture despite the existence of great potential at the time of Independence. 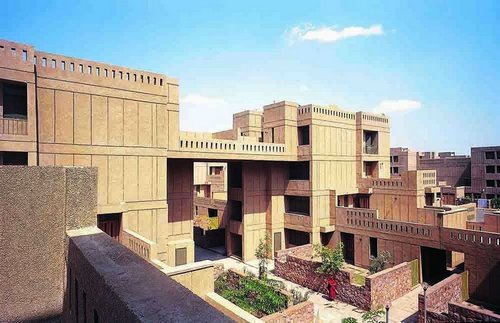 The post-Independence period saw the emergence of two schools of thought in architecture – the Revivalist and the Modernist. The Revivalists, who advocated “continuity with the past”, could not break the shackles of colonial legacy and left no significant impact on the neo-Indian architecture. The Modernists too depended heavily on the European and American models and tried to adopt them in India without taking into consideration regional aspirations, diversities and requirements of the country. The contemporary Indian architecture was also beset with problems like population explosion, lack of vision among the planners, lack of support from the government and a less than satisfactory standard of architecture education. The result was that during the initial years after the Independence, foreign architects continued to play a leading role in Indian architecture.

Jawaharlal Nehru, the first Prime Minister, called for an open architectural competition for the design of the Ashoka Hotel in 1956, which was won by B.E.Doctor, an architect from Bombay. Using technology to create large pillar-less spaces, Doctor created a facade that borrowed elements from the Islamic, Hindu, British and the modern architecture. Indian architecture witnessed a revolution when the Punjab government engaged Le Corbusier to design the new city of Chandigarh. Built in three stages, Corbusier divided the city into three sections. The ‘head’ consisted of political, bureaucratic and judicial buildings and the administrative parts of the city. The ‘body’ housed the university and residential complexes in the heart of the city. The ‘feet’ consisted of industrial sectors and the railway station. Apart from the initial layout of the city, Corbusier also designed several buildings in Chandigarh.

Taking inspiration from Le Corbusier’s creativity, a young Indian architect D.V. Joshi designed the ‘Institute of Indology’ in Ahmedabad and Charles Mark Correa designed the ‘Hindustan Lever Pavilion’ for the India International Trade Fair in 1961. Correa also designed the ‘Gandhi Sanghralaya’ in Ahmedabad as a tribute to Mahatma Gandhi. 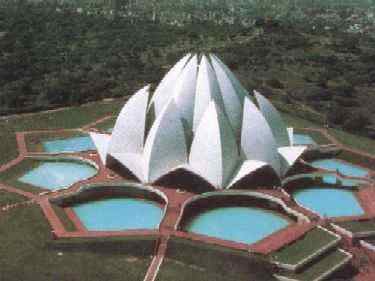 However, the fact remains that contemporary architecture in India is struggling to inspire. Even after seven decades since Independence our cities are still symbolised by pre-independence buildings. For instance, Kolkata is symbolised by the ‘Victoria Memorial’, New Delhi by the Rashtrapati Bhawan, Mumbai by the ‘Victoria Terminus’ and ‘Gateway of India’, and Chennai by the ‘Victoria Memorial Hall’. The post-independence buildings such as the New Secretariat building in Kolkata or the Vigyan Bhawan in New Delhi have nothing significant to offer in terms of architectural style.

Although in terms of modern architecture India lagged behind compared to many other countries, concerted efforts now appear to be made to come up with innovative architectural designs and green buildings. Indian architects are enjoying making experiments and employing hybrid styles in their designs. The emphasis seems to be on having more open and green spaces and natural lighting. It is, however, not possible to term this new trend as ‘representative’ architecture of our times as it is highly restricted in geographic terms and also confined to the affluent lot.

While many modern buildings of India do not come anywhere near the architectural masterpieces in different parts of the world, some of our own noteworthy buildings include ‘Kanchanjunga Apartments’, Mumbai designed by Charles Correa; ‘Cybertecture Egg’ in Mumbai; ‘Suzlon One Earth’, Pune, which is touted as one of the greenest and most energy-efficient buildings ever built; ‘National Judicial Academy’, Madhya Pradesh; ‘Akruti Trade Centre’, Mumbai; ‘Infosys Progeon’ and ‘Infosys-Diamond in the Sky’, Bengaluru and ‘Terminal 1D’, New Delhi Airport among others.