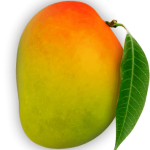 Mango is known as the ‘King of Fruits’ and has been cultivated in India for over 4000 years. The records of Hieun Tsang, the Chinese Buddhist pilgrim who visited India during Harshavardhana’s reign in the 6th century B.C., contain references to the attentive cultivation of the mango in the country.

The Mughal emperors evinced keen interest in the mango’s systematic cultivation and Emperor Akbar is credited with having planted genetically superior mangoes in an orchard known as ‘Lakh Bakhsh’, north of Agra. Even Bahadur Shah Zafar, had a mango garden known as ‘Hayat Bakhsh’ in the gardens of the Red Fort in which some of the most delicious and juicy varieties were grown.

Mangoes had caught the imagination of several poets like Kalidasa, Amir Khusro and Mirza Ghalib; the latter was a great mango connoisseur and knew about hundreds of varieties of mangoes. Amir Khusro had praised the mango in his Persian poetry and described it as ‘Fakhr-e-Gulshan’.