The Parsi festivals or Gahambars are sombre events meant for introspection and religious discourses. Initially these festivities were agricultural in nature, but with the spread of Zoroastrianism they assumed religious significance. Parsis believe that there are six seasons in a year and an important Gahambar occurs in each. Major ‘Gahambars’ occur on 11th day of the Parsi month of Ardibehest, 11th day of ‘Tir’, 26th day of Meher, 16th day of ‘Dai’ and the first day of Gatha. 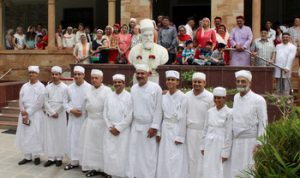 The New Year for the Parsis fall on the first day or Roj Hormuzd of the first month or Mah Fravardin of the Shehanshahi calendar corresponding to the year 1369. Traditionally, Navroz marks the end of winter and the beginning of a new year. It is, thus, looked upon as a day of universal dawn. On this day, hundreds of Zoroastrians pay obeisance to Khorshed and Meher Yazads (the two divine beings who preside over the sun), thrice during the course of the day. On the day of Jamshed Navroz or Navu Sal, it was customary for the king to be weighed in gold and silver, and the money was then distributed to the poor. People greet each other by doing the Hama-zor (united in strength) and visit the Fire Temple.

The festival of Navroz was introduced in India by Balban and it continued to get patronage under other rulers such as Qutubuddin Aibak. The festival was discontinued by Humayun but was restored by Akbar, under whose reign it was celebrated for nine days, but again banned by Aurangzeb. 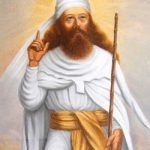 Zarthost No Deeso is observed in June, on the Khorshed roz, Dae mah (11th day, 10th month), which coincides symbolically with the death anniversary of Prophet Zoroaster. On this day, the Zoroastrians go to the Fire Temple to offer special prayers. This day is an occasion of mourning and lectures and discourses are held on the life and works of the Prophet.

The birth anniversary of Prophet Zoroaster, Khordad Sal is celebrated on the sixth day of the Parsi month of Farvardin (August/September), during which prayers are offered and grand feasts are held.

The last Gatha day in the Parsi calendar is observed as the Pateti. It is the day meant for offering repentance (Patet) for sins committed during the year. On this day, the Parsis offer prayers at temples, give alms and arrange feasts at their homes.