​Gangtok: Sikkim. Gangtok is famous for the Orchid Sanctuary, Enchey, Rumtek, Phodong, Labrong and Permayangtse monasteries, the Institute of Tibetology (built in 1958 by the last Chogyal of Sikkim), the Dodrul Chorten Stupa (built by the head of the Nyingma Order, Trulsi Rimpoche), Jhang Chub Chorten and Sangsor Chos-Tsog Centre. The Enchey Monastery is some two hundred years old. The famous Tantric lama, Druptab Karpa, was associated with this holy shrine.

Gaya:   Bihar. Located about 13 km from Bodhgaya, Gaya is a very sacred pilgrim centre for Hindus and is the site of the Vishnupada temple on the bank of river Falgu. The complex was entirely rebuilt in 1787 A.D. by Rani Ahalya Bai of Indore. 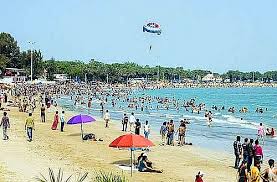 Golconda Fort: Hyderabad, Telangana. Built by Mohammed Quli Qutb Shah in 1525, the Golconda Fort epitomises the opulent nawabi culture of the time. The impregnable fort was cradled by many dynasties and it was of strategic importance to most of the rulers. In 1518, when the Qutb Shahi dynasty was found, Golconda was made its capital. By the 17th century, Golconda became famous as a Diamond Market and gave the world some of the best known diamonds, including the ‘Kohinoor’.

Gulmarg: Jammu & Kashmir. It is a beautiful hill-station located about 53 km from Srinagar. It is famous for the Gondola Project and the world’s highest green golf course. In January 1998, it played host to the First Indian National Winter Games. This was a favourite retreat of Emperor Jehangir.

Gurgaon: Haryana. Gurgaon, originally named as ‘Guru Gram’, is believed to be the place where Dronacharya taught archery to the Pandavas. The Sheesh Mahal in Farukhnagar (built by Fauzdar Khan in 1733 AD), Ghaus Ali Shah’s shrine, the Delhi Gate, Sultanpur bird sanctuary and Damdama are some well-known places in Gurgaon.

Guwahati: Assam. Situated on the banks of river Brahmaputra, Guwahati is said to be the legendary Pragjyotishpur or ‘City of Eastern Light’. It is renowned for the Kamakhya Temple, the Navagraha temple, Gandhi Mandap, Sukreswar Temple, Geeta Mandir, Madan-Kamdev Temple and Saraighat Bridge. 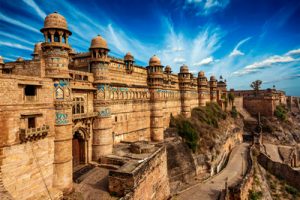 Gwalior: Madhya Pradesh. Gwalior has a very ancient history and was once the seat of reigning dynasties like the Pratiharas, Kachwahas and Tomars. It is renowned for several important monuments like the Gwalior Fort (built by Raja Mansingh Tomar in 15th century); the 14th century Gujari Mahal, which is a monument of the love between Raja Mansingh and his Gujar queen, Mrignayani; Jai Vilas Palace and Museum; Man Mandir Palace, built between 1486 and 1517 by Raja Mansingh; Suraj Kund; Teli Ka Mandir; Johar pond (the site where the Rajput women committed mass ‘Sati’), Sas-Bahu Mandir (11th century Pratihara Vishnu Temple); Tansen’s tomb, Ghaus Mohammed’s tomb, Gurudwara Pata Bandi Chhod and Vivaswan (Sun) Temple at Morar. Among the other places of interest are memorials to freedom fighters – Tatya Tope and Rani of Jhansi. 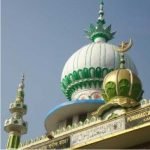 ​Hajo: Assam. This place, 25 km west of Guwahati, is the site of the Pua-Mecca mosque, established by an Iraqi prince-turned-preacher, who travelled all the way to Assam in the 12th century to spread the Prophet’s teachings. Hajo is a sacred place for Hindus, Muslims and Buddhists. The town is also famous for the Hayagriba Madhava Temple.

Halebid: Karnataka. The great city of Dwarasamudra flourished as a Capital of the Hoysala Empire during the 12th and 13th centuries. Halebid is famous for the star-like Hoysala temples. Each temple consists of two temples exactly of the same dimensions, built side by side. The Hoysaleshvara Temple is the most famous of the Halebid temples.

Hampi: Karnataka. Hampi is famous for the ruins of the Vijayanagar Empire. The 16th Century Vithaldeo Temple built by Krishnadeva Raya; ‘Purandaradasa Mandapa’; Achyutaraya Temple and the Hazara-Ramaswamy Temple are the important monuments of Hampi.

Hanuman Garhi: Uttaranchal. It is 1951metre tall religious place located in Nainital in Uttar Pradesh built by the famous saint Neem Karauli Baba. It houses a 12 ft tall image of the deity Hanuman.

Haridwar: Uttaranchal. It is a famous pilgrimage centre known for its various ghats like the Har-ki-Pauri (Brahmakund) for bathing into the waters of the Holy Ganga. There are several important temples in Haridwar that include Mayadevi Temple, Mansa Devi Temple, Gorakhnath Temple, Chandi Ghat Temples, Kankhal Temples and Bharat Mata Temple. Its important ashrams include Saptarishi Ashram, Hariharanand Ashram, Parmarth Ashram and Manavkalyan Ashram.

Har Mandir: Patna, Bihar. Built by Maharaja Ranjit Singh, a ruler of Punjab, it is one of the holiest Sikh shrines, being the birthplace of the tenth religious Guru of the Sikhs, Guru Gobind Singh.

Hassan: Karnataka. The town of Hassan was founded in the 11th century by Channa Krishnappa Naik. The place is called Hassan after the Goddess “Hasanamba”, the smiling Goddess, who is the presiding deity of the town. The Hasanamba temple is the venue for a big annual fair in the month of October.

Hissar: Haryana. The Hissar town was one of the prime centres of Harrappan culture, as three mounds from the Harappan period were discovered at Banawali, Kunal and Agroha. The area has been associated with ancient Vedic tribes such as Bharatas, Purus, Kurus, Mujavatas and Mahavrishas. The places of interest in Hissar include Feroze Shah’s palace, his fort called Hissar-e-Firoza and the Lat ki Masjid built by him; Humayun’s mosque at Fatehabad; the Jahaz Kothi; the Gujri Mahal and Pranpir Badshah’s tomb.

Horsely Hills: Andhra Pradesh.These are beautiful hills located near Tirupati, which are named after W.D.Horsley, who was the Collector of Cuddapah during the British rule.

Humayun’s Tomb: New Delhi. The Humayun’s tomb was constructed by Hamida Banu (Bega Begum), wife of Humayun, in 1565 A.D. Legend has it that the design of the Taj Mahal was modelled on this tomb.