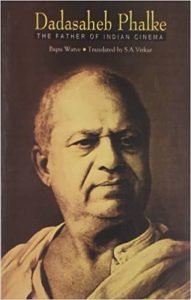 Silent feature films are being made in India since the early 20th century. The first silent feature film ‘Pundalik’ was made in 1912 by N.G. Chitre and R.G. Torney, but it was half British in its make. The credit for producing India’s first fully indigenous silent feature film goes to Bhundiraj Govind Phalke, popularly known as Dada Saheb Phalke, who produced ‘Raja Harishchandra’ in 1913. He went on to make other noteworthy feature films such as ‘Mohini Bhasmasur’ (1913), ‘Satyavan Savitri’ (1914) and ‘Lanka Dahan’ (1917), the last one is considered as India’s first big box-office hit.

In 1918 two new film companies – the Kohinoor Film Company and Phalke’s Hindustan Cinema Films Company – were established. By 1920 film-making transformed into a regular industry and the number of films produced increased to 207 in 1931 from a mere 27 when the films were started in India. Dhiren Ganguly’s ‘Bilat Ferat’, which was released in 1921, can be considered as the first Indian love story. The 1920s and 1930s witnessed the emergence of several prominent film-makers such as Chandulal Shah (‘Guna Sundari’), Baburao Painter (‘Savkari Pash’), Suchet Singh (‘Sakuntala’), Ardershir Irani and V. Shantaram. 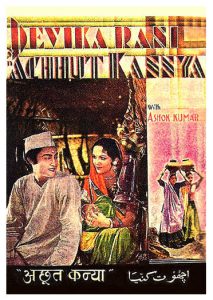 V.Shantaram was among the first to tackle the subject of women’s emancipation through his film ‘Amar Jyoti’ (1936). Fatima Begum, who is regarded ​as the first Indian woman producer and director, released her film ‘Bulbul-e-Parastan’ in 1926. India’s first international co-production was the film ‘Nala Damayanti’ (1921), which was produced in collaboration with Italy. Himansu Rai made some films as Indo-German co-productions, such as ‘Prem Sanyas’/‘Light of Asia’ (1929) and ‘A Throw of Dice’ (1930). Indian cinema’s first censorship controversy was created in 1921 when Kohinoor Production’s ‘Bhakta Vidur’ was banned in Madras. Entertainment tax on films was imposed first in Calcutta in 1922 and then in Bombay in 1923.

The silent films were of several genres like mythological films, folklores, historical films and fantasies. These films, however, were not completely silent but were accompanied by music and dance. Silent movies were often screened in theatres with the accompaniment of musical instruments like harmonium, tabla, sarangi or violin. The main titles of the silent films were in English and a regional language. The sub-titles were generally in many languages such as English, Gujarati, Hindi, Bengali, Marathi, Tamil and Urdu. Patience Cooper, Sinora Minelli, Sulochana (Ruby Meyers), Sita Devi (Renee Smith) and Tara were among the important actresses of the 1920s while Himansu Rai, D.Billimoria, V.Shantaram, Sampat, Charu Roy, Gohar and Raja Sandow were popular male leads.